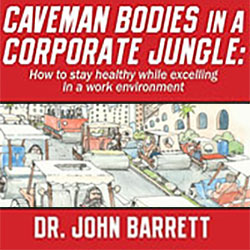 Treating Eye Disorders with East-West Medicine is a the most Functional Medicine Approach to Ophthalmic Care available.  If you have any eye disorder whatsoever you cannot ignore the benefits of Eastern medicine that are supported by over 2,000 years of written empirical clinical evidence to support functional diagnoses and related treatments of eye disorders.  Simultaneously, you should not ignore the technological advancements of Western Medical diagnoses and treatments.  Each has something different to offer and combining both, offers state of the art care and maximum visual acuity for life.

While Western Functional Medicine offers the advantage of laboratory testing, pharmaceuticals and surgery to treat eye disorders, these processes focus locally on the eye and overlook other factors that can be contributing to the eye disorder.  Eastern Functional Medicine has the advantage of Traditional Diagnostic Methods based on inquiry, observation and palpation that can identify medical problems and weaknesses in other key supporting bodily and organ functions.  Traditional Diagnostic Methods can offer empirical based clinical data regarding circulation, lymphatic drainage, quality of blood, peripheral and somatic nerve function, health of gut microbiome, functions of all organs, stress levels, levels of inflammation and overall global strength of an individual’s body, mind and spirit.  All of these functions can play a key role in visual acuity.  For example, a relaxed mind can support digestive strength and maximize absorption of key nutrients from food into the blood stream.  These nutrients will support optimal organ function and assure an adequate supply of red blood cells needed to nourish the optical nerves and tissue along with supporting strong lymphatic drainage needed to drain metabolic waste that can accumulate in and around the eye leading to inflammation and exacerbate eye disorders.  With Dr. Barrett’s years of clinical experience, the accuracy of his Traditional Diagnostic Methods is superior to most.

Facts and Information About Acupuncture, East-West Medicine and Ophthalmology

Acupuncture, East-West Medicine, Ophthalmology & Eye Disorders
Why is it epidemic that a majority of the people in the developed world will end up losing their vision to one extent or another and eventually wear glasses, contact lenses, or have corrective surgery due to an eye disorder? Why do so many older people have cataracts, macular degeneration and other eyes disorders? What did people do to correct ophthalmologic issues before corrective lenses and eye surgery were possible? Acupuncture & East-West Medicine have many natural solutions to ophthalmologic issues that are still in practice today. Keep your eyes open as the news spreads how integrated ancient traditions can treat modern conditions.

Acupuncture & East-West Medicine Treat Eye Disorders Naturally
Acupuncture & East-West Medical Treatments for eye disorders are natural. Like other diseases most ophthalmologic issues are related to some form of stress and poor circulation. Stress eventually weakens the central nervous system’s ability to maintain a balanced body and health. With poor maintenance function of the CNS, some aspect of health is bound to break down eventually. For some people this can lead to poor digestion, migraines, allergies, and fatigue. However for many this can lead to ophthalmologic problems or visual disorders.

Cataracts are the Leading Cause of Blindness Worldwide
Cataracts which cause clouding of the lens of the eye are the leading cause of blindness worldwide. In the US approximately 20.5 million people of age 40 and over have some form of cataracts. This number is expected to increase to 30 million by 2020. Although surgery is very successful in treating cataracts, many people cannot afford it as insurance may not cover the procedure. However, usually surgery for cataracts is not urgent. This gives those who cannot afford it and those who may wish to avoid surgery at any cost to try the natural, healing treatments of Acupuncture & East-West Medicine for treating and preventing cataracts.

Glaucoma Damages Optic Nerves
Glaucoma is another common eye disorder caused by damage to the optic nerves. Although it is usually associated with a change in fluid pressure inside the eye, it can occur with normal pressure as well. Glaucoma can be treated with eye drops, medications and surgery. However, early detection is important as any loss of vision from glaucoma is irreversible. It is during the early stages where perhaps your ophthalmologist may want to monitor your situation or even before as a preventative measure that Acupuncture & East-West Medicine treatments can play a key role in stopping any progression of glaucoma.

Other Eye Disorders
There are many other visual disorders such as eyelid disorders, conjunctival diseases, dry eyes, scleritis, keratitis, uveitis, fundus ocular diseases and more where treatments with Acupuncture & East-West Medicine can make excellent choices for alternative treatments either for prevention, alone or as an adjunct to other treatments.

Being a Primary Care Physician with over 20 years clinical experience, having trained in China and the U.S., and over 15 years on staff at Cedars Sinai, Dr. Barrett specializes in complex medical conditions.  With his Comprehensive Functional Approach to East-West Medicine that is supported by over 2,000 years of empirical, clinical evidence in writing and the advantages of modern scientific research, he is prepared to provide you with state-of-the-art treatments that are safe, natural, and self-sustaining.  Dr. Barrett will dedicate as much time as necessary to review with you, face to face, your complete medical history, all current medical concerns, a comprehensive treatment plan in terms of both Eastern and Western Medicine, and a self-sustainable Wellness Track™.

Dr Barrett’s Comprehensive Functional Approach to East-West Medicine treats your condition and the factors that caused your condition.  One advantage to Dr. Barrett’s approach is his skill developed in Traditional Diagnostic Methods based on Observation, Inquiry, and Palpation that many times can provide more clinical data than weeks of lab testing.  This allows same day diagnosis and treatments that can at times provide cures before lab data can be obtained.  Dr. Barrett offers comprehensive Acupuncture treatments with a functional medical approach for increased effectiveness. Dr. Barrett may offer you a custom herbal formula based on the wisdom and 2,000 years of written clinical evidence of Traditional Chinese Medicine.  Dr. Barrett will discuss Diet & Nutrition and how to use food as medicine.  Based on his recently published book, Caveman Bodies in a Corporate Jungle, he will mentor you on managing the demands of your career, family life, lifestyle, workstyle, and how to maintain a positive attitude.  If necessary, he will discuss the benefits of genome medicine and Western forms of functional medicine.

Dr. Barrett performs annual physicals, orders blood tests, lab tests, DNA profiles, ultrasounds, x-rays, and MRIs.  With his office in the Century City Medical Plaza and being on staff at Cedars Sinai, his referral network includes some of the best physicians in Los Angeles.  Dr. Barrett understands western pharmaceuticals and their compatibility with herbal medicines. He can explain the nature of your disease through the eyes of both Western Medicine and Eastern Medicine. Whether you suffer from a serious disease, pain, or are simply trying to become pregnant, he can help. Seeing Dr. John Barrett means state of the art treatments and a most comprehensive functional approach to East-West Medicine.

Even the best and the brightest can use guidance in achieving and maintaining new levels of wellness.  After treating your high priority health issues, Dr. Barrett recommends staying well with a personalized Wellness Track™ to address other health conditions.  This could mean improving digestion, sleep, relaxation, skin, vision, weight-loss, etc.

A Wellness Track™ carves out time for self-nourishment and time management to address your health and wellness.  A Wellness Track™ with Dr. Barrett will tap into the wisdom of his 35 years of global corporate and medical experience for mentoring, coaching, and motivating for lifestyle, work-style, and wellness enhancemets.  Given Dr. Barrett’s unique background, you can be sure his words of advice are from real life experiences and not a training manual or theoretical concepts.

Have a Specific Question About Ophthalmology or an Eye Disorder?

Dr. Barrett specializes in difficult cases.  If you have any questions regarding your specific condition, use the links below to take advantage of Dr. Barrett’s FREE telephone consultaion.  He will be happy to answer any questions and help guide you to the best care possible. 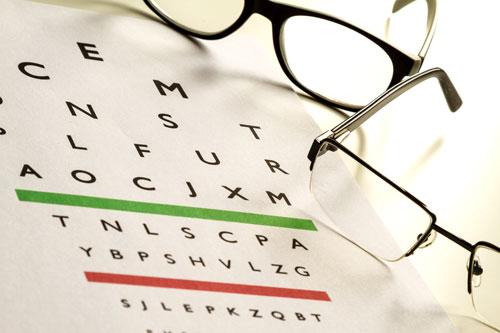 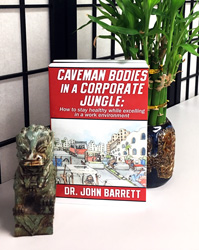 FREE BOOK GIFT For New Patients
Caveman Bodies in a Corporate Jungle:  How to Stay Healthy While Excelling in a Work Environment
By Dr. John Barrett

• In the Heart of Century City

• We Bill Some Insurance